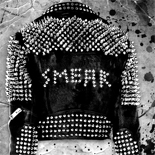 Is anyone else annoyed that Kelsey Grammer, 57, decided to get his wife’s name tattooed on his hip this weekend? What in the hell was in his tossed salad and scrambled eggs that morning? Cursive lettering that can only lead to tears and muttering is now irreparably inked on his tender hip region. His wife Kayte, a former airline attendant, is rumored to sport the skyline from the Frasier logo around her dainty ankle.

Obviously I was not expecting Kelsey to choose an aggressively swooped bald eagle or a Russian prison tribute on his chest, but I’m shocked to think he will now forever sport a tattoo on a region of the body usually reserved for Playboy, butterflies and weed leaves. It is where an eighteen year-old girl on Spring Break would gets her sorority’s Greek letters inked.

Assuming that this was all done in the name of love, it seems that Kelsey is sadly unaware that there is an ancient code that ensures the unraveling of a relationship once names are tattooed onto flesh. I give them six months before he is shamefully covering that Kayte with another name. Roz would be the most obvious choice, but knowing now that Kelsey has an affinity for body art, he might surprise us all with another radical respelling of a different common name.